Seeing the world in Greek

How can I best learn new vocabulary items? What aids are there and what pitfalls should be avoided? How does a beginner learn to use a lexicon?
Post Reply
103 posts 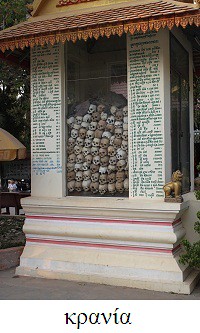 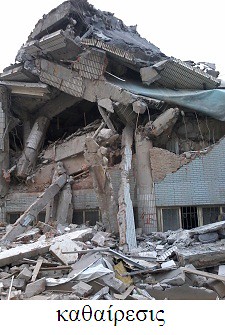 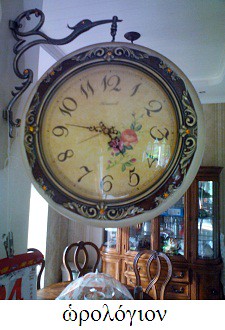 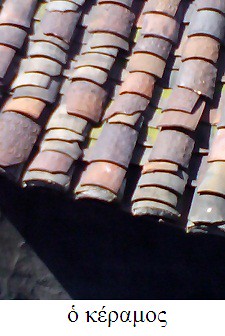 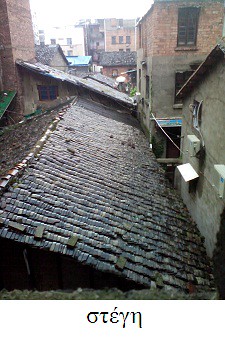 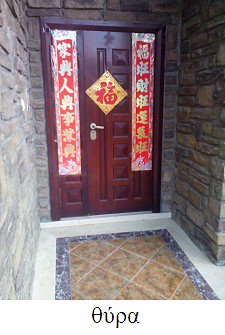 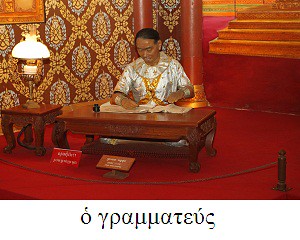 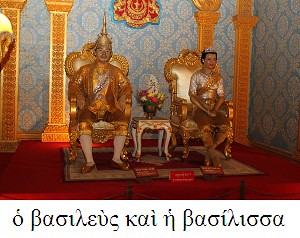 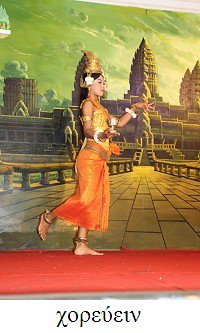 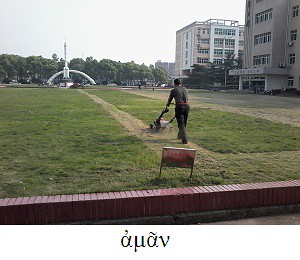 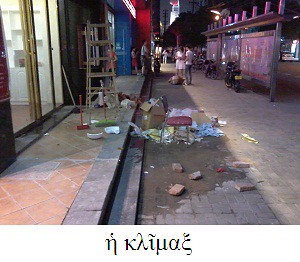 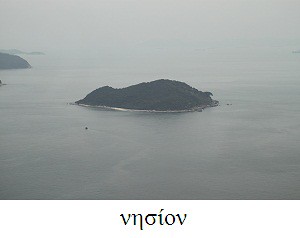 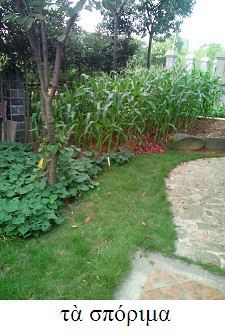 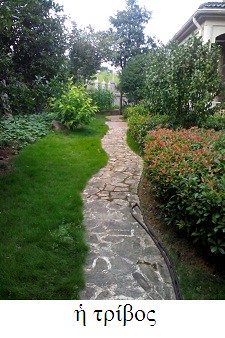 Shouldn't this be a picture of a sundial?
0 x
Stephen C. Carlson, Ph.D.
Melbourne, Australia
Top

Shouldn't this be a picture of a sundial?

An analogue clock like this is a "mechanised" sundial.

Imagine a divide at the bottom, to separate 6am from 6pm and bring the 6am up to the left and the 6pm up to the right so that they are on a straight line and there is nothing at the bottom of the clock (no night hours). The sun then rises at 6 am (dawn on the horizon), 12pm is still at the top (noon), and then it sets at 6m (dusk still on the same horizon). At any time, a semicircular clock will give the (theoretical) position of the sun. There are 4 times of day - morning, noon, afternoon and night - with the night being the one for which stars need to be read to know the time (i.e. the constellation for the month will be the one moving across the sky by which we can reckon the time (the zodiac). Logically, the full circle of the clock should extend through the night hours with another 12 hours, which then becomes a constellation-dial (in fact, the same half-circle as the sun followed, should be used a second time, because the horizon doesn't change). I see justification in using ὁρολόγιον for "clock" in it being a natural. progressive technological development. Even by knowing the time from a digital clock, we can get a feel for the position of the sun in the sky, either to wake up for the working day as the sun rises or to stop to eat to get out of the heat of the noonday sun, or to take dinner before or as the sun sets. So too for the night, the clock tells us approximately where the signs of the zodiac are in the sky, if it is cloudy, we are indoors, or we simply can't recognise them - because we no longer need to because we have clocks, watches or cellular phones to tell us the time.

You could have a look at the conceptualisation of time as being ὥραι ἰσημεριναί or ὧραι καιρικαί in LSJ under ὥρα. A mechanised clock ordinarily works with ὥραι ἰσημεριναί, while a sundial in the way you are conceiving of it (shadow on the dial) changes its rate of progress according to the actual movement of the sun (ὧραι καιρικαί).

In ancient times it was sun-dial, yes. And by the same token, (ἐξ)αμᾶν "mow" should be by hand with a blade attached to a handle (sickle or scythe), rather than a mechanical rotary device with the blades attached to it, but in principle it is the same, so I included it.

The other option would have been to include an image of a by-gone practice of reapers in the fields.
0 x
Γελᾷ δ' ὁ μωρός, κἄν τι μὴ γέλοιον ᾖ
(Menander, Γνῶμαι μονόστιχοι 108)
Top

One picture can often support many captions ... is this something pinterest would be good for? Or is there a better tool?
0 x
ἐξίσταντο δὲ πάντες καὶ διηποροῦντο, ἄλλος πρὸς ἄλλον λέγοντες, τί θέλει τοῦτο εἶναι;
http://jonathanrobie.biblicalhumanities.org/
Top

There are a number of ways of thinking about the value of pictures. As you are expecting these pictures should do, some people think that the picture should define a meaning, that is to say that you can learn Greek from a picture. In some very simple cases that is possible, I think. My main thinking with the pictures are that they are an application of existing knowledge, not new knowledge. I expect that having formed an opinion that the picture could mean a number of different things, a reference work will confirm which one of them is the one meant by the word at the bottom. Contextualisation leads to uncertainty, uncertainty to the need to resolve it and the resolution of uncertainty to contrasting probabilities / interrelated items in a picture.

I expect that using a dictionary will be used to trigger attention in the right direction, and then memorisation will be carried out by picture. For persons who know the words, from previous learning from dictionaries, word lists or reading, I expect that the pictures will be an application of knowledge to a new situation. Pictures are not a substitute for having someone explaining what you see.

If you were with me, I could do it face to face by pointing and explaining, but I'm not, so you need to look it up for starters. Markos has suggested that I write out longer descriptions on the other forum where he haunts, that together with the photos will make clear not only what is what, but also what function they serve, and what significance they have. The simplicity here has its advantages and its drawbacks. You are finding one of them, the second is that pictures give imprecise "definitions". Using them for that purpose will often leave feeling that they have come up short. According to Plato at least, the words can be used for so many similar things in so many different contexts, that only a plurality of images can ever hope to define. Hence my invitation...

Stephen Hughes wrote:If you would like to share with others the way you see things in Greek, you could join me in this thread.

Some people see Greek in the Biblical world of their faith-imagination, and could post their idea of the words to bring a different dimension to this "discussion" by images. The earlier pictures I posted about Daphnis' and Cloe's frolicking in the Spring-time, were an attempt to portray what I thought their world was like. This now is my world. Both approaches have good claim to our imagination and our use of the Greek language.

Here, posting by groups (e.g. seafood) could hint at a common theme that could be followed in understanding, but that is like being limited to cardinal directions when giving directions. The dictionary writer heard from somebody, who heard from somebody, (who heard from Photius) what the words meant, and he is handing that on to us. Language learning is not a voyage of individual discovery, it is participation on a larger whole.

As interesting as that is, the main context of the mowing is the grass and the human. The action of a human using a bladed tool on the grass that results in the grass being cut is ἀμᾶν.

Tim Evans wrote:The clock, is that the word for clock, or time of the day? etc...

The object is the clock, the function is to tell the time of day.

The time of day is defined by the position of the sun.

FWIW (and not very relevantly): The sun is (theoretically) currently at an angle of (angle from the 6 to the short-hand)/2 degrees above the horizon. If it was at one of the equinoxes, then according to that clock, the sun would be at an angle of about 20 degrees above the horizon in the west - clockwise is a northern hemisphere direction. If we look at the sun, with our clock in front of us looking south at the sun, then the sun rises and sets in a clockwise direction in front of us. The further north we move to the Arctic circle the closer the points of rising and setting come to each other, from due east to due west on the equator at the equinox and up to the Northern regions in summer.
0 x
Γελᾷ δ' ὁ μωρός, κἄν τι μὴ γέλοιον ᾖ
(Menander, Γνῶμαι μονόστιχοι 108)
Top

Isn't their an Ulpan where people go to see life as it was? Photos from that might serve the purpose.
0 x
Γελᾷ δ' ὁ μωρός, κἄν τι μὴ γέλοιον ᾖ
(Menander, Γνῶμαι μονόστιχοι 108)
Top

For me ideal would be to have several pictures of one thing in different contexts. For example: sundial (clock in sunlight) - clock on a wall - maybe a watch in a wrist?. A dead fish, fish in a pond, fish in a small river, one fish/many fishes, fish being caught by fishermen, fishes are swimming. Their would be one headword repeated in every picture and then other related words. It would be easy to guess the headword, the other related words would be more for fun or looking up for in a dictionary if one wants to. Or you could give glosses.
0 x
Top
Post Reply
103 posts